The West Side of Evansville, Indiana has, in local terms, considerable historical and cultural significance. For many years it was physically cut off from the main part of the city by Pigeon Creek and the wide swath of factories that once made the creek an important industrial corridor. The West Franklin Street area became a retail and service center second only to downtown. The 100-foot-wide street itself became something of a civic plaza. Neighbors, sharing ties of family and ethnic background, gathered there to socialize as well as to conduct business. When farmers from the western townships-who shared many of the same family and ethnic bonds came into town to do their weekly trading, town to them most often meant West Franklin Street.The West Franklin district extends across the center of the western half of a 480-acre (more or less) tract of land, bisected by Pigeon Creek that was platted in 1837 as the City of Lamasco. The proprietors were John and William Law, James B. McCall (or Macall) and Lucius H. Scott, and the novel name of their town was constructed from the first letters of their surnames. While the portion east of the creek developed into a town and was incorporated in 1847 as Lamasco City, the part to the west remained largely unsettled. By the 1860s it had acquired the name Independence, possibly because it had retained its independent status when Lamasco City merged in 1857 with Evansville.Text Courtesy of the City of Evansville

The West Side Today

Like other traditional shopping hubs, West Franklin Street faces an increased competition from commercial development on the city's outskirts, Yet the district has a charm and vitality not found in modern suburban commercial centers. Its spruced up buildings and attractive landscaping, and its small town atmosphere within the larger city the feeling of a place where neighbors still greet one another and feel comfortably at home make historic West Franklin Street as congenial a destination for generation of West Siders as it was for their forbears.

Every October the West Side Nut Club organizes and sponsors a mammoth Fall Festival. This is a week-long gala on the west side along Franklin Street with free entertainment, carnival attractions, over 126 food booths, amateur talent competitions and on the last day, a huge parade. This event attracts over 200,000 people to the West Side & is considered to be one of the largest street festivals in the United States. 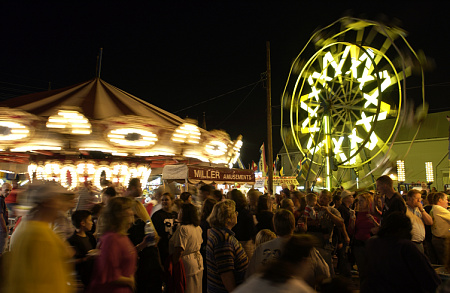 Also the West Side hosts Mesker Park Zoo and Botanic Garden, one of the state's oldest and largest zoos and the University of Southern Indiana.
Text Courtesy of the City of Evansville
Some Pictures from Wikipedia

Check out some Local Dining Spots

Please remove some of the selected filters.
1 2 3 … 116
The data relating to real estate for sale on this web site comes in part from the Internet Data exchange (“IDX”) program of the Indiana Regional MLS®. IDX information is provided exclusively for consumers’ personal, non-commercial use and may not be used for any purpose other than to identify prospective properties consumers may be interested in purchasing. Data is deemed reliable but is not guaranteed accurate by the MLS. Updated: 17th September, 2021 3:28 AM

In order to log in to your account, you need to confirm your email address. Please check your inbox!
Go to the homepage