The Rich History of Newburgh

As a town situated on the fertile banks of the Ohio River, Newburgh has a long and rich history of human activity. Western explorers first arrived in the area in the 17th century. But for centuries prior to that it had been inhabited by the Shawnee and was near the center of prehistoric Mississippian culture even as late as 1450 A.D. Evidence of this prehistoric society remains today at Angel Mounds, a National Historic Landmark, and Ellerbusch Site, both approximately two miles west of Newburgh .

The principal founders of Newburgh are John Sprinkle and Abner Luce. Sprinkle, a businessman of German descent, landed in Newburgh in the spring of 1803, thirteen years before Indiana entered the Union as the 19th state. He secured land grants in 1812 and in 1818 platted what became known as Sprinklesburgh (sometimes called "Mount Pleasant"). It was the first town in Warrick County. The original plat of Sprinklesburgh consisted of about 12 blocks immediately west of today's downtown Newburgh .

Early on in its history Newburgh enjoyed prosperity. By 1850, the town had grown to be one of the largest riverports on the Ohio-Mississippi River between Cincinnati and New Orleans. Much of its growth in this time period was due to coal mining and its beneficial location on the Ohio River. The first underground mine shaft in Indiana was sunk in Newburgh in 1850.

According to a number of historical sources, Newburgh was a prominent stop on the Underground Railroad between the mouth of the Little Pigeon River and Lake Michigan. On July 18, 1862, Newburgh was the first town north of the Mason-Dixon line to be captured by the Confederate forces during the American Civil War in what would come to be known as the Newburgh Raid. Many of the structures used in this raid are still standing, including The Exchange Hotel. The Old Newburgh Presbyterian Church and Original Newburgh Historic District are also listed on the National Register of Historic Places --Wikipedia 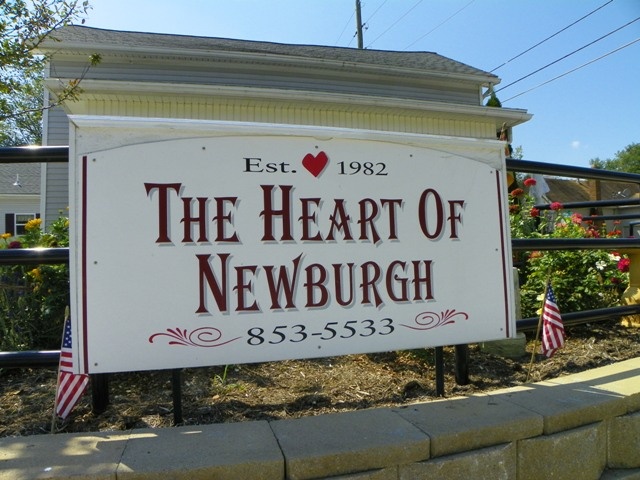 Today, Newburgh is locally known for its charming, historic downtown district that features a number of specialty stores, antique shops, and quaint dining establishments along its riverfront. Due to its top-rated schools and family-friendly atmosphere, the town remains a popular residential community for people working in or near Evansville and surrounding areas. Whether it's exclusive neighborhoods or old fashioned charming ones, this little gem on the river has it all. Click the sign below to see other places to go and things to do! 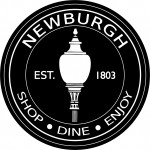 Please remove some of the selected filters.
1 2 3 … 96
The data relating to real estate for sale on this web site comes in part from the Internet Data exchange (“IDX”) program of the Indiana Regional MLS®. IDX information is provided exclusively for consumers’ personal, non-commercial use and may not be used for any purpose other than to identify prospective properties consumers may be interested in purchasing. Data is deemed reliable but is not guaranteed accurate by the MLS. Updated: 18th April, 2021 7:53 AM